How to succeed and transform… YES, it’s OK!

NOWledge » How to succeed and transform… YES, it’s OK!

How to succeed and transform… YES, it’s OK!

Five years ago, NOW Ambassador Darrell McTague took charge of his health, dropping 130 pounds in one year, and found his love for running during that time. Today he’s a Certified Personal Trainer, Fitness Director and ultra endurance runner. 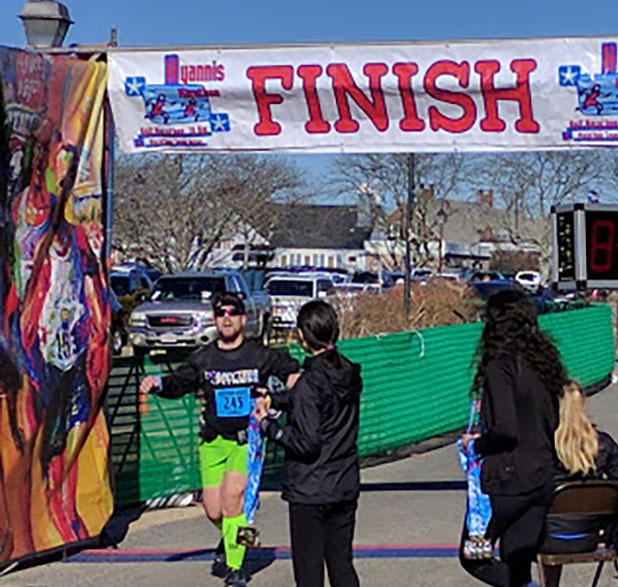 I talk about myself and what I’m doing a lot. I suppose it kind of comes with the territory of being a health & fitness blogger/podcaster. I’m out there to spread info and guidance, much of which comes from personal experience. As much as I talk about myself, though, it’s been a while since I’ve really talked about the roots of this whole thing. Since I’ve gotten REALLY personal…and shared about when I learned how to succeed and transform.

Hard to believe (for me, anyway)… but it really has been five years since my journey began and four years since I reached my “peak”. That’s an awfully long time, and certainly long enough for people who don’t know me… to not KNOW I was ever big. I kind of have to remind myself it’s OK to talk about it… that it’s not an “attention grab.” Just because it’s not “new” and “fresh” anymore doesn’t make it any less relevant to the very same people it was relevant to four years ago – the people trying to do the same thing I did: make a change they think is impossible. And maybe that’s you.

It’s unfortunate, but it seems one of the biggest things stopping people from reaching success is they think it’s not OK. People think it’s not OK to take time away from family or friends to take care of themselves. It’s not OK to be unhappy with their body. We’re told we should “love our body”… often at the expense of health. And sure, self-love is great, and the mental health benefits are great I’m sure… but self-love can’t be at the expense of your actual physical health.

I find, pretty often, I end up talking to the men in the room about this. Historically, we’ve always been expected to be tough, strong, masculine. That didn’t necessarily mean we needed to be healthy. Heck, I bet you’ve met plenty of “big guys” who are overweight & unhealthy, but strong enough to knock your lights out if you tell them so. And then there’s our lovely ladies – some women like their men “soft” or “cushy” like a teddy bear. Most of those women tell their man that. Don’t worry, this isn’t a manifesto about the ideals of “masculinity” and what it is… it’s simply a friendly voice who’s been there telling you…

It IS OK to be less than pleased with where you’re at! It’s OK to be unhappy with the state of your health! Now, I realize this is a dangerous conversation to have. Today, we live in a culture of political correctness, hyper-sensitivity, and over-acceptance. When you rock the boat and contradict the “self-love” idea people often accuse you of promoting something negative. It’s as if, by telling you it’s OK to want more… that I’m telling you you’re not good enough. It’s important to distinguish between the two. Maybe people are so afraid of offending someone that they’d rather just not broach the topic. So I’m here to say… YES! It’s OK!

Take a look at your life, your body, and your health. 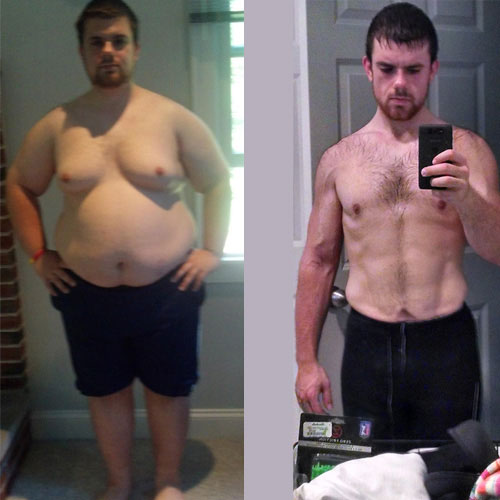 Are you happy with where you are? Would a doctor consider you healthy? Are your friends and family concerned for you? These are all important questions to ask, and they (and more questions) are all very important to have a complete picture and make a decision. In July 2012 I did exactly this – I hit a breaking point. I realized I was SUPREMELY unhappy. I was overweight, I had been told for years by my doctor I was obese, and my mom expressed on many occasions that she was concerned. The way I was living was not healthy, and when I reached that breaking point I was 305 lbs. It was not good, and not healthy. So I made a choice. August 1st my journey began, and one year later I had lost 130 lbs and completely changed my life. I got healthy, I was no longer obese. My resting heart rate had plummeted to a level my doctor classified as “athlete.” My blood pressure was solid and I saved my knees. All because I reached a point where I made it OK to make the decision.

Now, I can do incredible, incomprehensible things.

I recently ran the Anchor Down 24 Hour Ultramarathon in pursuit of my 2nd 100 mile ultramarathon finish. I ran for 19 hours, 45 min and clocked 56.35 miles. Not what I had hoped for… But I’m considering it a success. I gave it everything I had. Most people don’t even know endurance runs like that exist… and when this all started… unhealthy Darrell wouldn’t have even dreamed of running ONE mile, never mind one HUNDRED. I write my blog (www.SoTHISIsFitness.com) and speak on my podcast (www.SoTHISIsFitness.com/podcast) to spread this around all in the hopes that one more person will hear it. All you have to do is make it OK… and you can transform your health, your body, your mindset and yourself and achieve incredible things. So, as I say at the end of every podcast episode…

The only limits we truly have are the ones we set for ourselves. Get out of your own way, GET OUT THERE, and live life limitless.