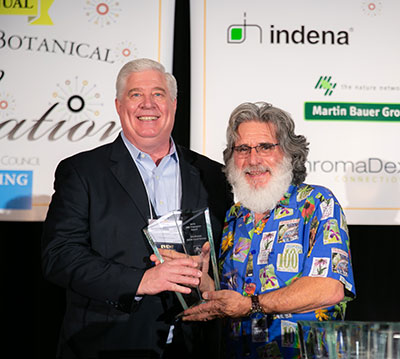 Jim Emme, CEO of NOW Health Group, was honored by the American Botanical Council (ABC) as the 2018 ABC Champion in recognition of his support of the organization and other non-profit groups focused on the natural products industry. The award was presented by ABC Founder and Executive Mark Blumenthal at ABC’s 14th annual celebration on March 6, 2019, held in conjunction with Expo West in Anaheim, California.

“ABC is truly grateful to Jim for his excellent support of ABC’s unique nonprofit research and educational mission,” said Mark. “Jim is a genuinely humble person and he deserves to be recognized for his outstanding support of ABC, and many other nonprofit organizations in the natural health community.”

“It is quite humbling to receive the ABC Champion of the Year Award for 2018,” Jim said. “We at NOW have been active supporters of ABC’s valuable programs for much of its 35-year history, and we are honored to be recognized for our combined efforts to promote science-based standards and education for the proper use of botanical products.”

Jim has been a member of the NOW management team since 1995, initially as Chief of Operations and then as President of NOW Foods. Jim was promoted to Chief Executive Officer of NOW Health Group (NHG) in 2014. Industry leadership positions include the Natural Products Association Board of Directors, Alliance for Natural Health, and the Economic Development Authority of Western Nevada, in addition to other initiatives.

Jim’s combination of a Food Science education and decades of experience in the design and management of food manufacturing and distribution operations, coupled with his appreciation for hard work and dedication learned growing up on an Indiana farm, make him ideally suited to carry on the strong values system that the NOW brand represents, and to support the broader industry. 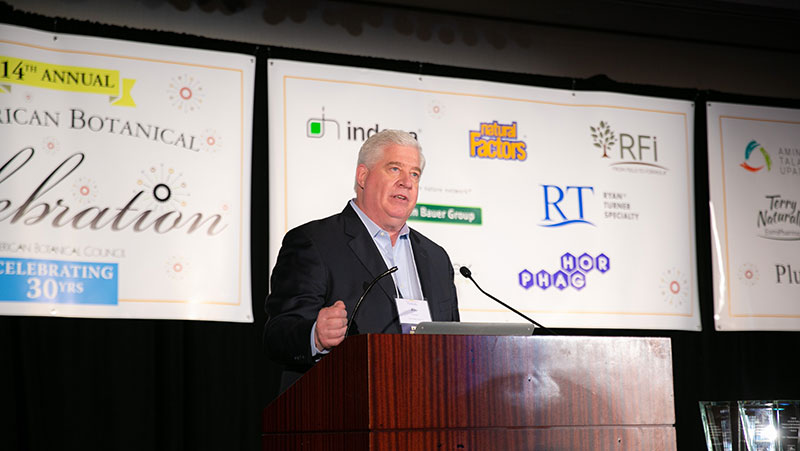